from The Cutting Room Floor by Jed Davis 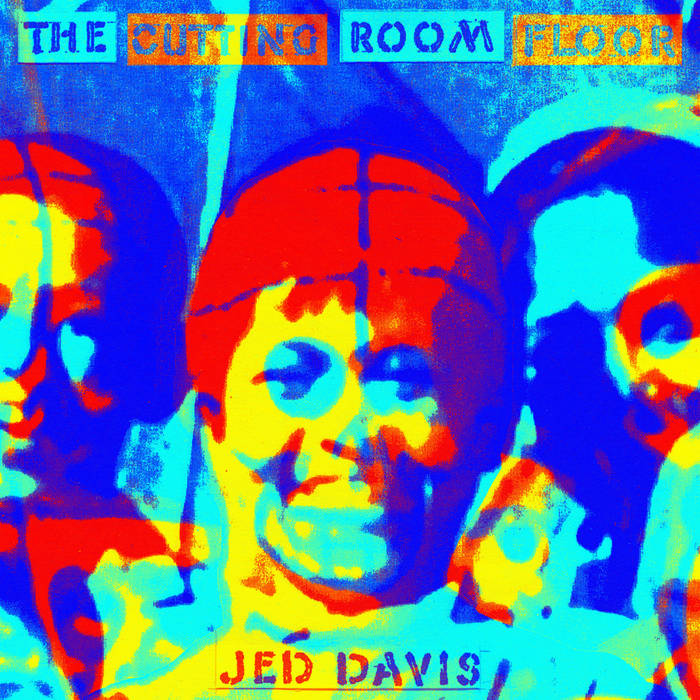 Jed:
I used to have to catch the 1/9 subway to work every day. The Times Square entrance is right under XS, a giant virtual-reality arcade with "TOO MUCH IS NOT ENOUGH" splashed across the front in giant primary-colored letters. One evening, as another hopeless workday blurred into the past, I clomped down the station stairs only to hear my subway pulling away in the distance. I heard myself say "fuck," and two things occurred to me:

1. I was now officially one of those pathetic, defeated souls who curse out loud to no one when they miss trains, and

2. The first time I had ever been aware of hearing the word "fuck," I was in an arcade watching older kids blow quarters on Donkey Kong.

I wondered what my pre-teen self would have thought if he'd only seen me at that moment, drawn and miserable, saying that filthy word.

I had this song by the time I got home.

At the entrance to the stairway
That takes me to the 1 and 9 train
There is a sign above an arcade
"TOO MUCH IS NOT ENOUGH," it says
It makes me think of arcades
Of pinball decks and video games
It makes me think of Donkey Kong
The big kids playing Donkey Kong
And me too young to make a quarter last
But watching hard and standing fast
It was then I heard a word I'd never heard before:
The word the big kid playing Donkey Kong said
Every time his man went dead
I asked my mother what it meant
She told me, "Never mind
'Cause bright kids don't use words like that."

And suddenly
I'm seeing things with eyes I haven't used in twenty years
I see a man
His mouth, it cups around a sigh atop these stairs
He knows his train is pulling out without him
Everything's gone on without him
How could he end up like this?
Why doesn't he look happy?

And suddenly
My lips are pursed to shape the air, and out it comes
Out it comes:
A word I'm not supposed to say
I go and say it anyway
I march downstairs to miss my train
And I can't lift my head

from The Cutting Room Floor, released September 21, 2010
Words and music by Jed Davis
Published by Eschatonality/ASCAP

Jed Davis is a designer who works in lines, words, dots and sounds.