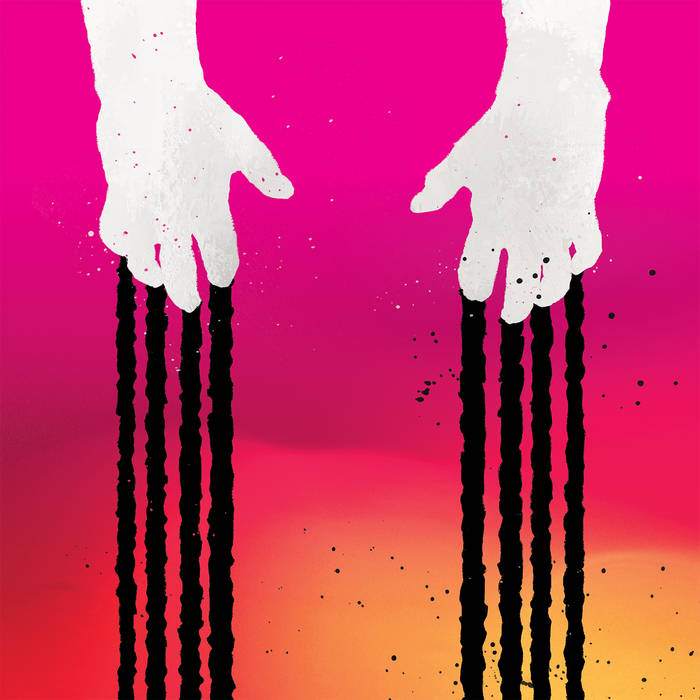 It took me 25 years to make this album. Technically even longer than that - "I Quit" was written for an imploding Hanslick Rebellion back in 1997 - but my first attempt at recording any of these songs came in '99, when I brought "Invisible Girl" into the studio with Collider (some of the keyboards from that session have made it all the way to here). As the years passed and this project slowly came together, I found two threads to pull:

1. Tracks began to group themselves into pairs - two songs with the same subject matter, but different perspectives on it. Like, "Run Don't Walk" and "The Bowery Electric" are both about facing the past, but "Run"'s narrator is trapped in it, while "Bowery"'s celebrates it. "She Loves You (NO NO NO)" and "Stick Around" both deal with commitment; "I Quit" and "Do You Feel All Right?" with social interaction; "You're Making Me Nervous" and "Invisible Girl" with a glitchy romantic connection; "The Good Parts" and "Across A Thunderstorm" with distance; "Never Turn My Back" and "Dream Big Enough For Two" with creative drive. But the first song in each pair is about doing something because you HAVE to do it; the second is about doing that same thing because you WANT to. These songs got here organically - they sorted themselves into this album.

2. As I got into the process of recording this material, I found myself with a wealth of resources I'd never had before. I was engaged creatively with folks who'd had a huge influence on my own work - most notably the Ramones. I was in a position to bring in players like Tony Levin, Anton Fig and Dweezil Zappa, who all had direct involvement in music that was formative for me. I decided early on that Failing Upwards would live up to its title as a celebration of my own fortune, in a way - a collaboration not only with artists with whom I'd been personally entwined, like Mike Keaney, Meg Duffy, Alex Dubovoy, Maryann Fennimore, and Brian Dewan, but also with some of the people who'd influenced me the most.

I am grateful to everybody who participated in the making of Failing Upwards, but I do want to give one particular shout before I go: Ralph Carney played all of the horns and woodwinds on here (and also on a ton of my other projects, from Skyscape to Small Sacrifices). He was so generous with his time, and willing to try pretty much anything. Sometimes Ralph would take stuff so far beyond the limit that all I could do was salute and leave all of it in. "Dream Big Enough For Two" is a great example of that - it's basically three clarinets soloing for four and a half minutes. But it's frickin awesome, and I'm glad the album closes with that last sustained note of clarinet. Ralph passed away in 2017... I miss working with him, and I think he would have gotten a kick out of this album.