← back to
Eschatone Records
Get fresh music recommendations delivered to your inbox every Friday.
We've updated our Terms of Use. You can review the changes here. 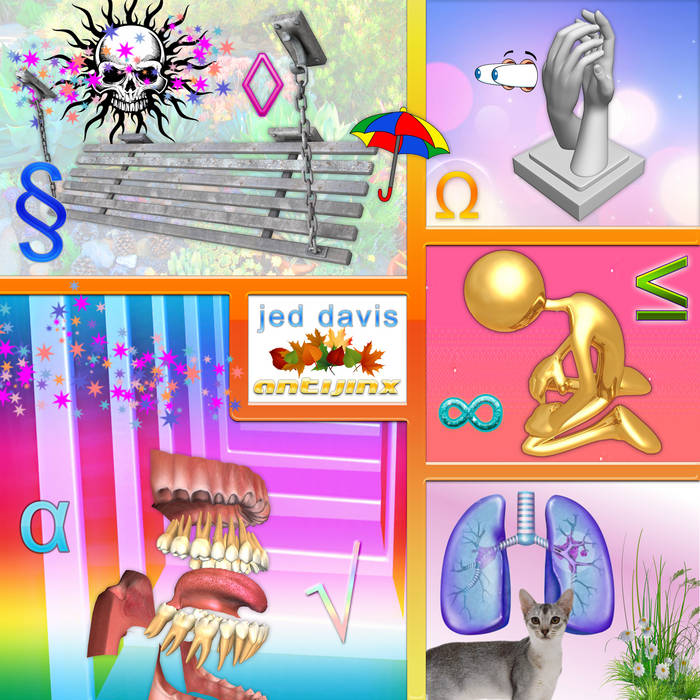 I went to college at UAlbany. Here’s a fact that is almost lost to time: in the 1970s, UAlbany was a performance hub for modern composers like John Cage, who presented a number of pieces at the school. When I attended UAlbany in the early '90s, I took a handful of electronic music courses taught by Joel Chadabe, one of the professors who had been instrumental in bringing Cage to campus.

From Chadabe I learned about Cage’s use of the I Ching to aid in creative decisions. As a philosophy major looking for practical applications of the subject matter, I was already fascinated by this divination system that lived at the intersection of philosophy, science and spirituality. Casting the I Ching coins represented both determinism and physics in action.

Cage used the I Ching in a dry, strictly numerical way: he would split the 64 possible hexagram results into equal sections and assign a response to each set of numbers. So if he needed to make a binary yes/no decision, he would break the 64 potential outcomes into two groups, with 1-32 representing “yes” and 33-64 representing “no”. For a decision with four possible outcomes, he would split the 64 hexagrams into four sections, and so on. Cage severed the relationship between the coin toss and the I Ching texts, but he was still divining in a very real way: he was letting philosophy and physics reveal a path.

I thought that was some cool-ass shit.

Around that same time, a roommate introduced me to the concept of sigils. A sigil is a power symbol - an image that represents a wish, and upon which you focus in order to make that wish a reality. I’ve always felt that the most powerful thing about songwriting is its ability to redefine problems, or at least redefine the songwriter’s relationship to them - like, I had this problem, and I turned it into a song; now I no longer have a problem, I have a song. Sigils are like that. They’re totems you can focus on to change your relationship to a situation. I never bought into the mystical side of sigils, but I was open to their psychological benefits. My songs, to me, are sigils.

“Antijinx” - originally titled “radiosurfantijinx”, which is very '90s - was how all of the above coalesced into a musical experiment. It’s numerical; it’s totemic; it’s of determinism and physics. But instead of the Eastern numerics of the 64 I Ching hexagrams used by Cage, I chose the Western numbers that represented luck - 7 and 13.

The idea was to write seven distinct musical themes that could fit together sonically, and then repeat each one 13 times. This worked out such that each theme could be paired with every other theme in both sides of the stereo field, and then once on its own. So with these two numbers in play - 7 and 13 - you would hear these musical pieces in every possible combination, a complete circle. This, to me, created a musical sigil that represented the triumph of good luck over bad (note that I am releasing this on a Friday the 13th).

One of the pieces John Cage had presented at UAlbany was called HPSCHD, which combined a number of simultaneously-performed harpsichord themes with electronically generated sounds; HPSCHD was meant to be experienced in a large open hall, where the audience could walk around and tune in to different elements by moving about the space. I loved this approach, but my presentation options were limited: my dorm room, my car, my Walkman. Spatially, I was confined to two stereo channels - Surround Sound wasn’t even a thing yet.

I composed “Antijinx” in 1994 using the gear I had at hand: a 16-track sequencer and a tape deck. The musical themes had to be in related keys so they wouldn’t sound horrible together; they had to be coherent and complete enough to stand on their own, but also simple enough in arrangement that I could fit a bunch of them within 16 tracks; they could have their own genres, feels and time signatures but needed to sit on the same basic tempo grid.

The seven themes move across the stereo field - they appear in the right speaker, then move to the left speaker, then off, and eventually cycle back through on the right. The moment of speaker shift is represented by static, as if we’re turning a radio dial but we can’t fully tune in one station. But every so often, we do manage to land on one theme, paired with itself, filling both speakers.

My original recording of “radiosurfantijinx” was compiled like a mixtape - I would turn on the tracks for two of the themes in my sequencer, pan them appropriately, and then bounce them to a cassette. Then on to the next two themes, and so on - 49 passes. The resulting piece took up one whole side of a 45-minute cassette… I was actually sweating running out of room by the end. When I listened back, I had no idea how I felt about it in any way but as an endurance test… it didn’t seem unlistenable, but it was A LOT.

I let “radiosurfantijinx” be heard twice. First time, I played it for my friend Chris Hug in my car. Chris was my Official Test Audient. If I had a new tune to share, we would take a drive down Route 20, heading west out of Albany into the wilderness; Chris would give it a few patient listens and then offer feedback, which I generally ignored, and then we’d head back to town and hit the Dunkin Donuts.

Chris’s reaction to “radiosurfantijinx” was uncharacteristically visceral… he made it through five minutes before turning to me and saying: “I want to kill you.” I turned that shit off right quick.

The second and last time I played the piece was in Joel Chadabe’s classroom. We were expected to periodically present work as part of his electronic music course, and “radiosurfantijinx” was my contribution. Again, we only got about five minutes into the recording before Chadabe said something like, “Okay, we can see where this might go,” which was my cue to bail out.

I have no idea what happened to that tape, which is probably for the best. But during COVID isolation, I did come across my floppy disks with the sequences on them… and I couldn’t resist.

I dug out my old notes and bounced the themes from the floppies into Pro Tools. Then I replaced the canned sample instruments with real ones in a series of remote recording sessions. The musicians were patient with me (they always are) - and I think the results are far more listenable than my original sequences, for what that’s worth. Let me shout out this incredible international Justice League of players: Vitaliy Tkachuk on guitar (Vitaliy lives in Odesa, Ukraine, and at the time of this writing is, incredibly, still carrying on session work from his home); Itaiguara Brandão on bass (NYC); Adam Alesi on drums (LA); Gabriele Balsamo on marimba (Italy); Yuri Villar on tenor sax and flute (Brazil); Samuel da Silva on bari sax and clarinet (Portugal); Ayran Nicodemo on violin (Brazil); and Joe Zeitlin on cello (UK).

These new recordings were mixed and mastered by Martin Merenyi; he graciously provided me with both mono and stereo versions of each theme, so that in those rare moments when a theme appears solo, it can be enjoyed with proper panning across the full stereo field.

For the cover art, I went to my friend and longtime collaborator Angel Marcloid; we have been working on projects together, both visual and musical, for almost twenty years. Angel had been creating beautiful, tongue-in-cheek vaporwave designs for a while, and I felt like something in that vein would fit this '90s experiment; she put together the perfect cover - it’s rainbowy, it’s compartmental, it’s non-sequitur, and it’s super '90s - so thoughtful and awesome.

The only real compositional difference between “Antijinx” and the original “radiosurfantijinx” can be found here in this Bandcamp presentation. If you pull up “Antijinx” on streaming services, you’ll notice that it’s one twenty-plus-minute track. That is similar to the original version. But here, I split it up and gave each theme a “name” (really a Prince-like symbol)… I actually think this makes more sense and also gives you, the listener, the ability to break up the piece and recombine it in various ways. You could listen to only the parts you like, or set them to randomly pop up in a larger playlist. Again, this version is exclusive to Bandcamp.

Dang, this was long! I’ll stop now. Thanks for reading, and thanks for listening.